“You just kind of speak the same language.”

Schmid Jakob GmbH & Co. KG (JSO) has been manufacturing cutting tools such as drills, milling tools and tool chucks for over 135 years. The tools for industry and trade are used in various sectors.
Different cutting materials are used here. HSS, carbide or diamond cutting edges tailored to the right application.
The 4500 or so design documents produced at JSO each year incorporate a huge amount of technology and a wealth of experience gained over many years. 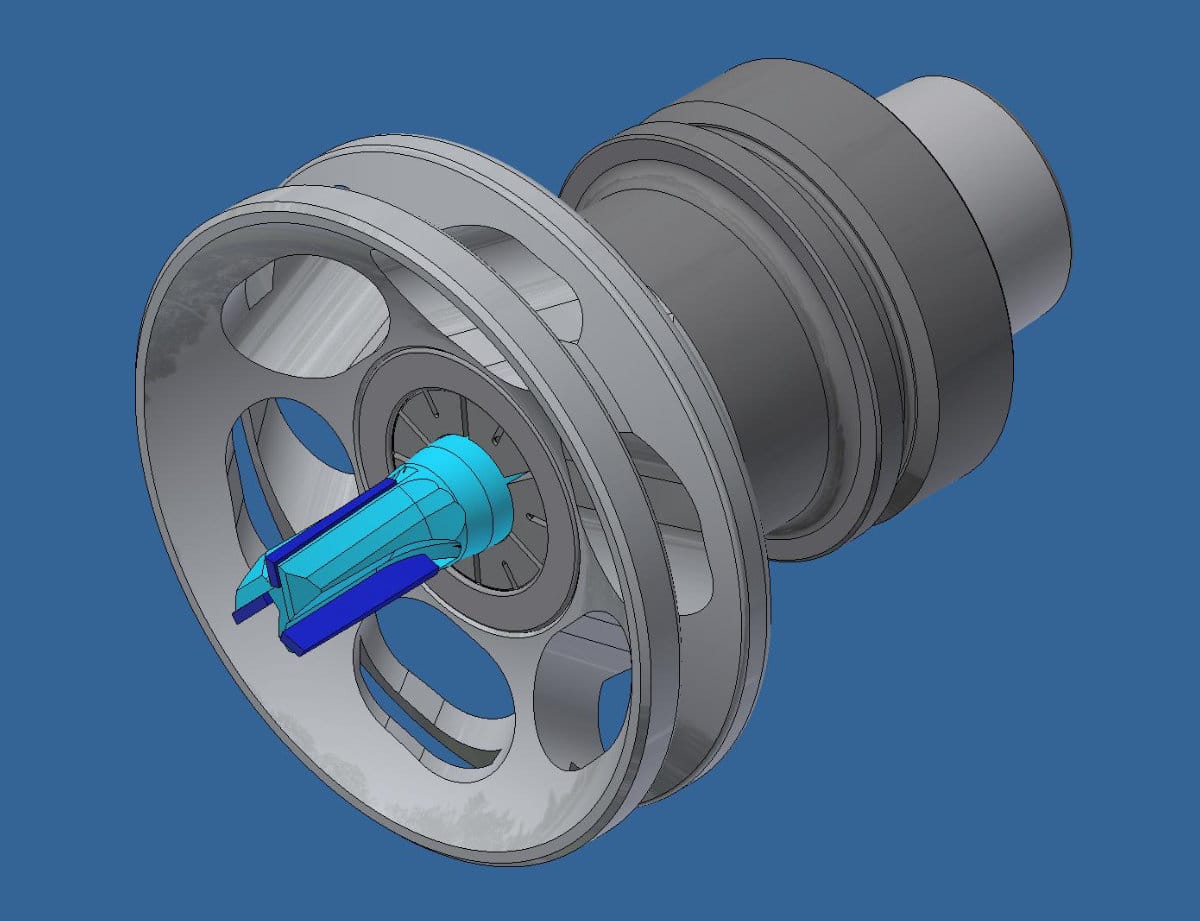 Since 1999, JSO has been using GAIN PDM to manage the CAD documents produced in-house – mainly Mechanical Desktop (MDT) drawings in addition to AutoCAD files.
Grown from the history, in addition to the management of these documents by GAIN in a second PDM system (Autodesk Vault) about 5,500 Inventor documents were managed in the version 2011. In 2012, the decision should be made for one of the two systems.

Markus Preininger, technical manager of design and application technology: “It was obvious to us that we wanted to continue working with GAIN in the future. If only because of all the functionalities, such as the sophisticated search in our variant products. Today we can save multiple search results. This was not feasible in this form with Autodesk Vault.
Or even calling up all the files for a particular operation. For example, if a customer wants a special tool that we have not yet manufactured. Then we let the GAIN system generate a drawing number variant of the most similar tool. This number then also functions as the project number for us. And under this project, we drag and drop all the ancillary documents into the system during a process.
Moreover, our employees have naturally become accustomed to the system over the years. After all, it is quick and easy to use. Even the production staff can just enter a number on the terminal and get the drawing they need.”

The GAIN system was transferred from GAIN 7.6 to the then current version GAIN 11.
Since GAIN 11 enabled the check-in/check-out procedure for the first time, the references of existing MDT files were first determined and recorded in the PDM system. With the metadata from GAIN 7.6 also the MDT and AutoCAD drawings were transferred to GAIN 11.
While this step was more time-consuming, the subsequent migration of about 5,500 Inventor files from Autodesk Vault to the GAIN system was much faster thanks to the GAIN migration program.
All in all, a big leap at the time, but one that ultimately brought all documents back under one PDM umbrella.
Preininger: “The changeover has already brought us forward enormously at that time. We were and are very pleased with how clearly we can now work.”

Markus Preininger: “While the upgrade to the current GAIN Collaboration could be done without any problems, our MDT files turned out to be a real challenge”.
For a long time, JSO relied on the Mechanical Desktop CAD application, which was discontinued in 2008. In this way several drawings were created over the years. Now 2 issues arose: The application Mechanical Desktop (MDT) is not executable under Windows 10. Attempts to possibly open MDT files under AutoCAD Mechanical failed. Furthermore, MDT files would not be easily managed by GAIN Collaboration. Should all MDT drawings now be unusable?

The solution was called ZWCAD Mechanical, which has a comparatively high similarity to AutoCAD. To the delight of the employees, the program from ZWSOFT opens the Mechanical Desktop documents without any issues. Markus Preininger: “The differences between the programs are small. Our designers do not experience any difficulties when working with ZWCAD Mechanical. Furthermore, we have decided meanwhile to implement 2D designs only in ZWCAD. That is, certain topics that we do not want to construct from scratch again, we copy as a variant to ZWCAD. Editing MDT documents in ZWCAD Mechanical is limited to the drawing contents themselves and not the model within. However, this is negligible for us meanwhile. Because more and more we’re designing in 3D using Autodesk Inventor 2020.”

The subsequent major challenge was the migration of the MDT drawings. Now, during the migration phase, JSO had decided to move away from AutoCAD Mechanical to ZWCAD. For example, GAIN Software developed a concept that allowed existing MDT drawings to be tagged with the unique GAIN Collaboration identifier using ZWCAD.

More than just a PDM

Today, 6 design engineers work with Autodesk Inventor and ZWCAD Mechanical. Users of the viewer version of GAIN Collaboration are the work preparation department, the CAM department, the production department and the sales department. Preininger: “With GAIN Collaboration, for example, our sales department answers questions from our customers that are not covered in the catalog. For example, what is the inner diameter of a particular intermediate ring. It’s a good thing that even here, i.e. when directly accessing neutral files, the new GAIN Collaboration has become significantly faster. We greatly appreciate being able to provide our customers with quick, reliable answers.
GAIN Software has already optimized the PDM at JSO in many places. Preininger: “We are very satisfied with the services provided by GAIN Software. Be it the many migrations so far or the constant accessibility of the employees. Even beyond the end of our nose, for example with typical CAD questions, the good advice from GAIN Software has always helped us. You just kind of speak the same language.”